Topless Teamtalk The 6/1 Favourite Wins The 1:30 At Newmarket

South M2s travelled down the road to Newmarket in search of their first win of the preseason, after two disappointing results. With a decent squad, the sun shining and having beaten the same team 7-4 in a friendly last year, South were confident this was going to be a good day!

If there were any pre-match nerves, they were put to one side within a couple of minutes, South won a short corner during the opening exchanges which Ash Artaman flicked into the bottom corner, South didn’t look back.

South’s new look midfield rotated well and kept the ball moving whilst the forwards found plenty of space out wide to exploit. New boy Steve, Walshy and Jim did a great job of getting ahead of the ball to support the attack and South looked dangerous from all areas of the pitch. In defence, Mariano, Nik and the Toms were solid all day (I guess Dave was ok too?), particularly in 1-on-1 situations, with the only real danger being from long balls smashed up the middle.

After a consistent period of South attacking at pace, Newmarket began to tire and South grabbed a second. Tom Marchant strode forward from defence, attempting to recreate his goal from the same game last year, he bustled past a coupe of defenders into the D and let off a fierce shot that Williams deflected past the keeper. There was some debate over whether or not Tom’s shot was going in with Williams convinced it was going horribly wide and everyone else pretty sure it was on target - I guess we’ll never know for sure?

Artaman added a third mid-way through the half after deciding to ignore the short corner move everyone agreed on and selfishly burying it into the bottom corner - with 4 goals in 3 games Ash is looking like a good outside bet for club goal king already!

Just before half time South killed the game off as a contest with another goal. A lovely flowing move down the right ended with Lamming playing a forward pass to Williams who beat the keeper to the ball and finished at the second attempt after his first shot hit the post.

Captain James delivered his half time lecture without his top on, no one could concentrate, all I remember him saying was something about how fit he was? As a result of the psychological damage caused by the half-naked team talk, South were really sluggish at the start of the second period and Newmarket had their best spell. South’s press stopped working and Newmarket were able to pass around South’s midfield far too easily. After a while the pressure told and South conceded after not being able to clear their D.

The frustration at conceding gave South the kick they needed and they saw out the rest of the game with a return to the fast attacking play seen in the first half. Further goals came from Baggers, smashing in a shot at the far post and Man of the match Walsh who slapped in a rebound after a good attacking move.

There were lots of positives to take from the game, most notably the way South moved the ball forwards quickly, making the ball do the work. If this swift passing approach can be taken into league fixtures, this could be a good year for the M2’s. 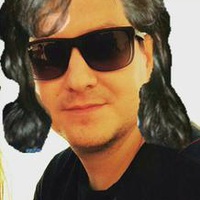 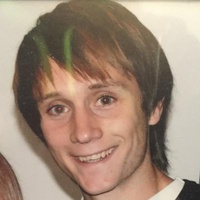