Cambridge South are looking for new ladies’ goalkeepers for the 2021/22 season!

With 6 ladies' teams in Div 1 through to Div 5, we are calling for keepers across all levels. As a keeper at South you'll have the perks of dedicated fortnightly training sessions (in addition to weekly training with your squad) and 50% off match fees if you have your own keeping kit. Don't have your own kit or trying out keeping for the first time? CSHC have a range of club kits available to borrow.

We are a friendly, lively, Cambridge-based club who run men's and ladies' league teams as well as indoor, masters and mixed sides and a growing junior section.

We offer something for everyone; whether you are experienced or new to the sport you will be very welcome at the club.

Our Men's 1sts play in Division 1N of the East Region.

Our Ladies' 1sts play in Division 1N of the East Region. 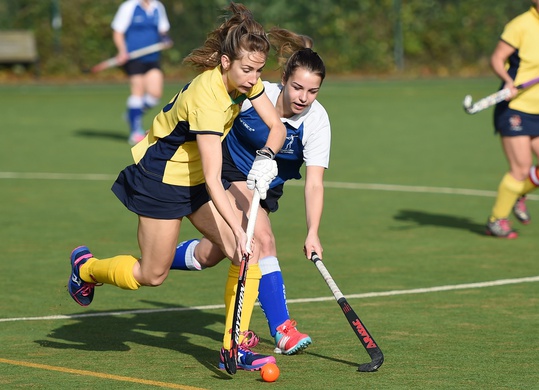 Come train with us

Stay for match teas then grab a drink from the bar and watch the other South teams playing.

In fact, why not just hang out all afternoon!

And then there's the legendary nights outs...

Join in the fun 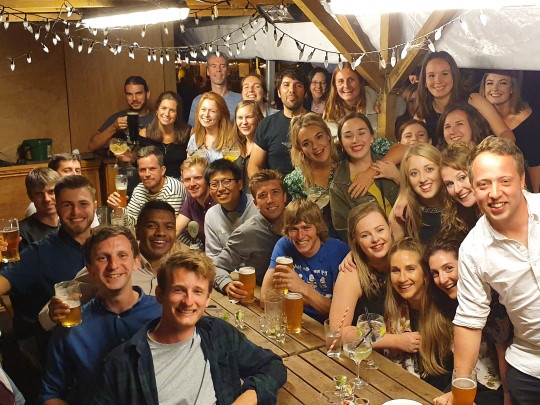 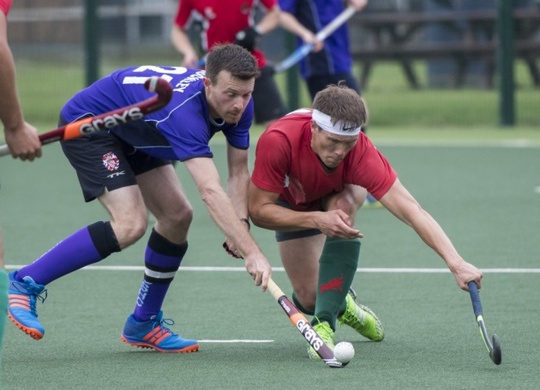 Great facilities and value for money

The Lines All Go Up

The club has come a long way since Sawston Men’s Hockey Club – followed shortly afterwards by the Ladies’ club – was forced in the mid-90s to relocate from the village playing fields into the city in order to play its games on the newly-mandatory astroturf surface, later changing its name to reflect its new ...

What an unforgettable season, but just in case you are tempted to forget let’s summarise: Ten senior league teams ALL ACHIEVING BEST EVER finishing positions in their respective leagues. THREE CHAMPIONSHIPS and a PROMOTION. Once again…a record. Two more teams waiting in the wings to join leagues next season (hopefully). One amazing friendly, growing, successful ...

More from the blog...

Kudos Mr Piper. Odysseus has nothing on you sir

Remember Remember the 6th of November said nobody, ever. It was quite an uneventful morning filled with mundane “jobs”. The only particular highlight was visiting the Colonel for his finger licking delicacies for lunch. Now the clue should have been in the name but a “family bucket” would obviously not feed my growing family so “yes please” to extra wings and “ok” to my son’s request for extra chicken popcorn and £25 down I was heading home to feed the brood. After eating far too much chicken I was heading my way into Cambridge. An appointment at the hairdressers to tame my (unfortunately slightly lacking on top) locks and I was on my way to Long Road with a belly (too) full of deep fried chicken – you don’t want to waste food do you?

We congregated to see the end of M2’s slightly edgy game but a good win nevertheless. With our tails held high following two wins on the trot and a rubber stamp from Jan’s report, we were confident that we would be the victors. The pre-match WhatsApp banter put the score at 5-0. Would the 2 weeks gap in play for South make a difference?

After a warm up we walked onto the pitch and suddenly the wind whipped up and a heavy drizzle started – well it was the 6th November – Remember? The latest ever Saturday start time I can remember and St Ives 3’s started quicker than us – was this going to be more of a competition that we gave credit for?

After a couple of minutes I found myself 1 on 1 with their CF – he was an early 20’s sprightly whippersnapper, I was a late 40’s (but wiley) CB – a belly full of greasy (but delicious) chicken was not assisting me here. As the last defender I found myself chasing a losing battle as he skilfully skirted around me. What to do? Well, chasing as hard as I could, I may have, accidentally, clipped his heels with my feet, down he tumbled. He’d stepped across me your honour – honestly! Well, Mr Sneade, Sir, was quite lenient and the card colour was green. Jogging over to the sideline with a rye smile, I said “I’ll take that” – one for the team. The resulting short corner was batted away by captain Grant, the score 0-0.

After waking up, we took control of the game. To be honest it was a bit of a blur! We didn’t play our best hockey ever, nor was it our worst. St Ives pressed high up the pitch but we controlled the midfield with ease. Jonny opened the scoring with a nice reverse stick hit, from memory I don’t think it was going very fast, but in it went anyway! Joe “Goal King” Whittaker bagged one, not the pre-match WhatsApp hattrick target. Also somewhere along the line Eric (not Shin) and Walshy got one each. Jonny also had a 2 minute rest on the side which was particularly harsh (JJ) – good job he wasn’t the closest umpire for me in the first half!

*rubs eyes in disbelief* Wow! Congrats on this result, chaps. Any chance you can trickle a couple of the goals down to the M5s...