Another week still looking for the first win. South had made a characteristic start by struggling with the pace and organisation of the opposition. south were still getting used to playing together as there were some new players to the team . Bourne deeping had the better first half as their play was stronger and more organised.

Second half came and south started to find their form and started playing better. Movement and communication was getting better. Overall playing was much improved. However they still couldn't find a way through the Bourne defence and managed to hold off for thenwi 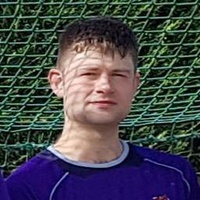 Falling over by himself