A number of exciting opportunities have arisen within the Cambridge South Hockey Club, specifically within the M4 team. There are a number of roles available, with the right wing back position looking a likely contender for imminent replacement. The location is varied, with individuals spending half their time at our Cambridge base at Long Road Sixth Form college, and half off-site, at locations including Kettering, Wisbech, and Spalding.

The role is associated with a number of responsibilities and is varied in nature, for which training is provided, assuming you turn up. These could include:

The ideal candidate will thrive in a medium-paced environment, and might even be decent at playing hockey, assuming Rob Barton hasn’t heard of you and attempted a smear campaign. Requirements for the role include:

We offer a competitive starting package, including hockey, the opportunity to consume post-match pizza (Cambridge) or uncooked potato (elsewhere), expensive socks, unwashed 3XL away shirts as standard, and approximately 5 months’ holiday per annum, between April and September. We also have club-level public liability insurance, which doesn’t cover what you think it does.

Below are some testimonials from current and former players in the M4s to give prospective candidates a flavour of playing for the team, and the atmosphere to expect:

The M4s are great. I score at least six goals every game. You don’t need to look that statistic up

The M4s have always been very welcoming. They let me talk openly about faeces, and I’ve only been decapitated once this season

I’m mad about crops such as sugar beet and turnips, so relish the opportunity to travel five hours to visit scenic places like Long Sutton

Can I interest you in a furnished shipping container? Cash only 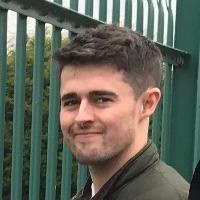 Doing his best to give Jim a concussion