Despite the exceptionally early start, the L6s managed to assemble 16 players in Wisbech an hour before the 10:30am pushback – something of a record for the team! Enough time for some pre-match pastries and pep talks before heading over to the pitch.

Despite the pastries, the team were still a little bleary-eyed when the first whistle was blown. After a slow start from the team, a spirited Wisbech quickly tapped a goal past us. One goal is enough to wake anyone up so the L6s shook off the sleepiness and sprang into action.

Liz D made some excellent interceptions of the ball, getting it up to Hattie S who expertly danced it through Wisbech’s midfield towards Bex J and Nicky S the D. Shots were fired but Wisbech’s formidable defence kept the ball from crossing the line.

Back down the pitch, Elaine P put our training into practise, passing back to Louise W who crossed it over to Harry L. Wisbech took a free hit near the side-line which went straight into Harry’s face – cue the ice packs and a quick substitution by Avi I. After a few more substitutions, Georgia G took to the midfield with Lizzie B, keeping the pressure on Wisbech with their interceptions and quickly turning the ball around. Harry also triumphantly returned to the pitch, picking the ball off Wisbech and handing it back to our forwards. Sadly though Wisbech were able to get two more balls over our line and the L6s re-grouped over Haribo for the non-veggies and orange slices for the veggies.

The L6s came back on energised (orange slices are not to be sniffed at) and maintained possession. Ceri R broke through Wisbech’s defences with the ball and took her shot, only for the GK to save it. Hattie made another shot across their goal but Nicky’s post was blocked by the opposition. Wisbech took the ball back down the pitch where Meg I and Ruth F [Note to Jan: we are not Ruth-less!] battled hard to keep them at bay, often charging at the opposition whilst switching from one side of the pitch to the other. Other attempts were made but Claire C gave Wisbech a lesson in goalkeeping.

Vicky O’B used her secret talent during a short corner to unassumingly intercept the ball and hand it over to our midfield. Bex offered a shot from the left corner, only for it to be shut down as quickly as it opened. Wisbech then got the ball into our D, and both teams were engaged in some scrapping as well as being tackled by our own players in the kerfuffle. Through the chaos, Elly B was able to block and clear repeated hammerings from Wisbech to keep them at bay. The final whistle blew and though the L6s didn’t win, we were proud of our performance and happily tucked into some post-match jacket potatoes.

Lemon of the match votes went to:

LoM was ultimately awarded to Elly (6 votes) for running onto the pitch with Nicky’s stick and was completely unaware of her mistake until Nicky politely asked if she could have it back.

Player of the match votes went to:

PoM was ultimately awarded to Elly (7 votes) for the multiple saves & clearances off the back line.

A poem, by unknown:

Player of the match is Georgia for making some great tackles and passes,

She sure helped in our advances.

Lemon of the match is Elly for playing with the wrong stick; 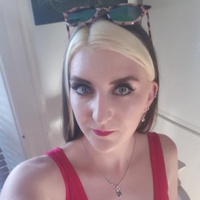 for multiple saves & clearances off the back line

Subbed on with Nicky's stick instead of her own