The fourth game of the 20/21 hockey season brought Cambridge Souths Men’s First XI to the home of the Harleston Magpies. Spirits were high off the back of a good win against a strong Bury St Edmunds side a week earlier.

Team discussions prior to the game followed a similar trend to every other game day Saturday. To the uninitiated, one could only assume that this team is a kind, civilized and inquisitive bunch, interested in each other's lives and perspectives (e.g. current diets and philosophies on what is and what is not a water based astro). In reality nothing could be further from the truth. This short time before a game is not a time of bonding in a camaraderie. This is a time for plotting, conspiracy and deceit. A time for vendettas, secret allegiances and taking mental notes of your teammates' innocuous actions and harmless conversational points to be taken out of context and twisted into lies to land some poor soul with the dreaded LOM award. To all future newcomers to the Men 1’s, these people are not your friends, do not trust them. [Ed –James is a very bitter Lemon…]

The warmup began with a few treats, the sun was out, 30 minutes of pre-game pitch time instead of our customary 5 minutes and Pearson was in attendance, albeit by the skin of his teeth, Chris decided to opt for excuse 357 of the Pearson playbook of lateness: “Harleston is a lot further away than I thought”.

Despite this lengthy warm up South got off to a slow start. We managed to keep the Magpies at bay for 10 minutes, but the youthful team came out of the blocks firing capitalising on the surplus of stray South passes and managed to win a short corner. Despite the blistering pace and bravery of number 1 runner and last season's player of the season Dean Birch, he wasn't able to stop the drag flick taking an unfortunate deflection to sneak between Joel Harrison and Goalkeeper Daz on the left post. The Magpies dominance continued for much of the first half with them scoring another carbon copy of their first goal, this time with Joel managing to find the back of the net instead of Dean. Very, very unlucky.

Following a quick pep talk at half time we regained a bit of impetus stringing together a series of threatening attacks. This was spearheaded by Will Townley with his unceasing energy, positivity and selfless leading off the ball created havoc for the opposition midfield. Captain Harry Chalk's calmness and composure on the ball lead to numerous opportunities going forward.

The first opportunity came from a reinvigorated South press that caught the sleeping Magpie defence off guard. The ball fell to James Browne at the edge of the circle in a position that many would consider too wide of the goal to expect to score. But as audacious as James is, he took on the shot and forced a good save from the Goalkeeper. This however was met with frustration from Harry Lewis who stood on the far post for an easy tap in.

Frustration aside, South persevered and continued to press and win the ball back in dangerous areas, attacking after the turnovers with intuitive leads from the midfield and forward line. This renewed faith and tenacity was rewarded in the form of a short corner. South capitalized on this opportunity with the tried and tested left slip, P sport deflection routine. James Browne arrived at the P spot with a well-timed run and deft touch glancing the ball over the right shoulder of the keeper to roll on its way towards an open goal. Surely this was redemption for the missed goal only minutes before. Unfortunately, for James no. With a delicious bit of Karma and a running theme that has become known as a ‘Mark Williams poach’ Sam Highfield arrived to steal the goal as it crossed the line. Even finding time to give James a sly look and maybe a wink before smashing it home for South’s first goal of the game.

South kept this momentum for a short while longer and even managed to win several short corners but unfortunately couldn’t convert to bring the scores level. With 15 minutes left the Magpies stuck home with a confident counter-attack to kill off the game at 3-1. Well played Magpies, good game.

Man of the Match went to work horse and all-round nice guy Will Townley for relentless hard work and positivity in the midfield.

Lemon went to James Bailey for a couple dubious reasons. Apparently, he had a goats cheese and sweet potato pie at the Cambridge Blue the night before? Apparently, this means he's on a diet? Apparently, both these things are bad? Who knew? Not I. Apparently mentioning that a pitch doesn't look water based when it is, is Lemon worthy? Who knew? Not I. I’m not bitter though… [Ed – hmm] Maybe people are just jealous that Aston Villa are undefeated and second in the Premier league. That must be it.

Every week we follow,
The boys in claret and blue.
We’ve conquered all of Europe,
In 1982,
The Villa boys from Aston,
We travel near and far,
You’ll hear us singing,
From the stands of Villa Park, 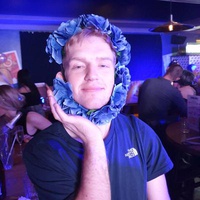 Relentless hard work and positivity in the midfield 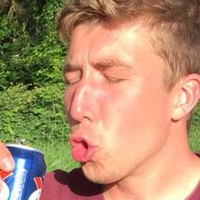 Ate all the pies.