It’s the first game ever for the newly formed B team, which shows how well the club is doing, Tara and I are both aiming to make the side as fun, inclusive and enjoyable as possible. Jan has done an amazing job to find us our 1st opposition. A club that has specifically asked for a B team to play against, the perfect opponents.

We had to wait a very long time for our first game because of cov19 it felt like the game was damned to never happen, and finally on the day of the fixture I was woken up with the Walden captain ringing me and telling me that all of their fixtures had been called off because of frozen pitches. So I desperately phoned the umpires to make sure the game was a goer.

Upon arriving at the pitch I was greeted by thick fog , and the familiar faces of my old club but something wasn’t right. Walden who had asked to play a B team have brought a very very strong team packed with national league players, prem players, and division 1 players with a small splatter of the lower level player. This had me and fellow ex Walden player Adam worried. But Jimbo wasn’t worried at all, he was looking forward to it! Little did he know...

Key highlights of the game 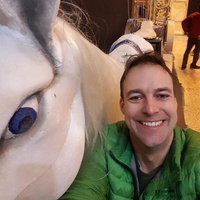 Inspired his team from a&e