What a morning for our brave and resilient L6’s!

With almost a full squad, we were hopeful in beating a team that we would’ve never met if our respective captains hadn’t arranged for us to run off those extra mince pies and pudding over Christmas ha-ha.

As the team scuffled to get in their starting positions, and Cambridge South winning first push back. We were off. A great first pass was handed to Emma M (a fantastic new addition to the L6s) who was on the right wing, and dashed down the line evading various Letchworth players, and winning her balls back after momentarily losing it (earned her POM!). There was great support from Georgia G in centre midfield, helping to win those tackles and continuously applying that important pressure, and always always ALWAYS finding herself in a great position on pitch. This was the same with Claire C on the left, where Letchworth seemed to be liking to play down, but Claire did not falter, stood her ground, and won a lot of the tackles to make clear passes down the line and the middle. After the subbing time, there was a quick swap with Georgia and Avi (who FINALLY made it to the game, only 20 seconds before, earning her LOM, and rightly so), and she was quick to get in position and help her fellow teammates to win and defend by…. running. This was a BIG mistake on her behalf as she did not warm up and stretch so she ended up having a mini asthma attack 6 minutes into her game. Tut tut tut. Always warm up and stretch ladies, you don’t want to be an Avi!

Because of the hard work of our defenders and midfielders to get the ball to our forwards: Nicky S, Lizzie B, Bex, Charlotte and Evie, we managed to get a goal in our first short corner - a lovely and beautiful strike made by Nicky S! Even during our second half there were amazing opportunities from our forwards to get a sneaky and cheeky goal in but believe that Letchworth knew how we worked by now and stopped us passing through. But 1 goal is better than nothing!

But alas, as our midfielders and forwards worked hard to prevent Letchworth from passing through, they did break in our D in the first half and got the first short corner, but thankfully our rockstar goalie Elly B saved it (and a few more during the game) and earning her a clean sheet as a goalie! As always, there was awesome defending from May, Vicky O, Harry, Meg, Lou W, and last-minute addition Louisa W (who almost got Lemon, for forgetting her shoes before the game!).

The second half was a little injury heavy, with Avi taking a nasty fall (I mean is it really an L6s game, if she doesn’t fall over at least once?) and a few sticks and balls to the opposition as well as our own to which an unfortunate player from Letchworth had to go home (we are deeply sorry about this, and hope that player recovers soon!). Because of Avi’s fall, a funny little opportunity arose where a “bully” was called to play. A little explanation for those who don’t know what it means – a bully (in hockey) is the act of restarting play, where two players, one from each team, compete for the ball after tapping their sticks three times. Lou W stepped in to perform this, but unfortunately Letchworth were too quick, and we lost the ball!

But all in all, it was a superb play from our L6s, and a great way to start the season again after our break. Always lovely seeing each other and playing together and came out with a win! Hopefully this will the set scene in our future games, but until then… watch this space!!!

Great first match with the L6s! 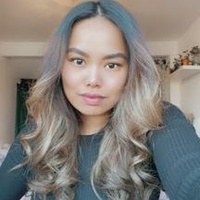 Turned up after the match had started, forgot what position she was playing mid-match