Where is the proper report, Annsy?

On a blustery old day in St Neots, the M2s were indebted to two new Dads for making the trip up the A428, as both Jim Hockley and Chris Walsh had had baby girls in the days running up to the game. The M2s started slowly, but grew into the game with new recruit Tom Crump showing his cool head and holding up the ball well. Even a missed flick didn’t dent South’s sense of belief as they went in 1-0 up at half time courtesy of a lovely move between Mariano and the absurdly young Pete Creed.

Creed took to Div 3NW like a particularly insouciant duck to water and it was no time before South started threading passes together and doubling their lead. A lovely team goal initiated by left back Nik Patel, assisted by Crump and scored by new father Hockley was particularly pleasing. Creed doubled his account for the 2s and ran at the ageing St Neots backline with real panache and confidence. With two goals disallowed for South, a green card administered to Patel and 2 head injuries suffered by Dean Birch and Chris Walsh, the second half was nothing if not eventful, and the game was finally put out of reach by the expert finishing skills of Tom Crump. A hard-fought game, and not always a thing of beauty but considering the elements a very satisfying 3 points to take back home. 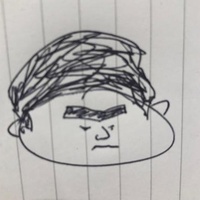 Passed straight to their centre forward.