Over a long and arduous summer of CV19 lockdown, Nomads finally left the slopes of Abbey Road and found a brand new (albeit very very dry) pitch at Wilberforce. A new start, a new team? On balance, probably neither as familiar faces in the opposition warmed up in the early afternoon sun, with something like 7 or 8 subs ready to spring into action from the side.

A good start off the pitch (Pearson late as usual, Scott doing some wrestling moves on the grass and Sam fresh from selling meat at the market), translated into a good start on the pitch.

As usual, I can’t remember how the first goal was scored, but Tim quickly took the plaudits, presumably setup by a Joel/Chalky/Owen multi-assist which scores an unknown number of points in the new (fictitious) league.

But it was 1-0. And it only went in one direction from there.

South didn’t have much of the ball but retained good shape, with Sam (sans hat) sneaking around in midfield in his 3XL away shirt. An unusually chirpy Owen was calling the shots up top, with Tim having plenty of impact too.

What happened next is surely not to be repeated, and shouldn’t be dwelt on for very long (although I fear we will hear about it a bit more in the coming days....)

Goal Harrison scored (and moved swiftly to the sideline for a socially distanced celebration).

I’m waiting for formal confirmation but believe this moves him one goal closer to the 7th all time top scorer for Cambridge South.

Two Further goals from Harry L saw the game through.

The first was a real cracker, starting in the 16 with some neat interchange in the middle. The ball found its way to Owen on the far left who beat a defender and did a snazzy spinny thing out to Haz L who drove to the baseline, before finding chalky in the pivot. A lovely ball to Pearson on the far right opened up the D and Haz L deflected away calmly from the near post.

Lewis put a 4th in with a casual one handed shot from Owen’s assist and Ed’s superb long pass (assist-assist).

MOM to Tim for a great finish and some superb play up top.

Lemon to Stu for something to do with cards. I wouldn’t want to comment and unduly influence anyone on what did or didn’t happen. Only to say this, it was DEFINITELY a green.

One goal for Pierre 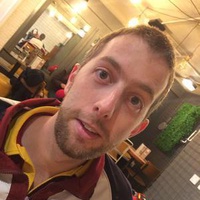