Anticipation was in the air as I stepped out into the cold November afternoon to set foot on a hockey pitch for the first time in three weeks, albeit unfortunately only as a spectator.  I definitely had re-caught the hockey bug though, with the whatsapp chatter around Tom Blair’s goal of the century in the morning getting my hockey juices flowing.   A man of many talents is Blair, tik tok, chess and now 80 yard solo goals, is there anything he can’t do [fill in own answer here…..]

Whilst the change of home venue caught out Pearson who was scouring Long Road for evidence of any team mates, it didn’t deter our strong home crowd of 8, with the 4 strong Puds support team, Maz, Hannah and of course Oscar joining me on the sidelines to cheer on the lads.

Captain Puds stressed the need for us to be on our game from the off and to move the ball around confidently to COPe with the opposition.  Unfortunately they started the stronger and a quick burst through the middle led to a short corner where a strong drag flick was despatched after a couple of minutes.

South definitely grew into the game as the half went on, with Ethan showing some fine form at the back through great tackles and fantastic distribution, with the aerials reminding me of the great Colin Troll of yesteryear, except this time not accompanied by incessant talking.  Behind him, Matt Lee made some great saves when called upon to keep us in the game, and got a deserved man of the match because of it.  Further forward we were beginning to string more passes together with some balls flashing past the post even if the keeper didn’t have too many saves of note to make.

Unfortunately towards the end of the half COP won another short and a further flick was sent towards the top corner.  Cats shouldered the responsibility of deflecting it wide, unfortunately literally, and despite him trying his best and clutching his arm two yards left of the goal, the umpires deemed the foul to have stopped a certain second.  After deliberation the flick was finished confidently.

Into the second half South tried to step up the pace, with Pearson and Ollie in particular unsettling the COP defence and winning a few short corners.  These weren’t capitalised on, and despite us upping our game looking the better team for the final ten minutes, Peterborough always looked dangerous and finished us off at the death with a third goal from a strong team move.

At the end of the game, Puds was 100% on the money saying we needed to be more up for games and less respectful of the opposition, which if we can do in future weeks against the sides slightly lower down the league then we should be satisfied with a good first half of the season in a higher league.  If we tendon the side of caution and respect the higher sides in our league too much though, then this will be our Achilles heel. 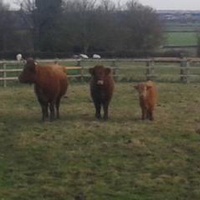 Turned up at the wrong venue