A recent out-of-the-blue contact from an old member, longtime Men's 3s and Vets stalwart Mike Gronow, has resulted in delivery of a treasure hoard of old club fixture cards dating back to the early 1980s. Sadly, as this was pre-merger the cards only relate to the old Men's Club.

[N.B. For younger readers, back in the days when carrying a computer device around would have required some heavy lifting equipment and a very long power lead, before the start of every season the complete programme of club matches was printed on to compressed woodpulp, folded up and physically distributed to club members. Those who lost their 'fixture card' were doomed to roam the hockey pitches of East Anglia each Saturday, hoping to stumble across a match featuring some vaguely recognisable people.]

Many club members will remember the old pre-2015 men's green and white strip…but how many know what came before that? 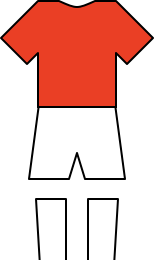 The 1981/82 card describes the club colours as, 'scarlet shirts, white shorts and socks'. That's right, back when the club was still Sawston HC we were City look-alikes! How far back these colours go I don't know - to the days of Spicers? - but surely a limited-edition retro revival training shirt must be on the cards. 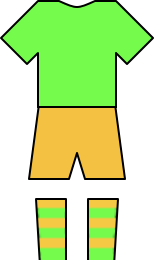 These colours persisted until 1984/85 when the emerald green many of us remember appeared. The reason? A job lot of shirts paid for by new club sponsor, Maxicrop International, leading purveyors of seaweed-based turf conditioner whose company colour was the said brilliant green. Yes, far from having deep roots in club tradition the men's playing colours for thirty years were determined by a three year sponsorship deal with a fertiliser company in Great Shelford!

However when the green first appeared it wasn't in the fondly (?) remembered green and white strip. No, it was a more vibrant combination of amber shorts with emerald green and amber socks. Sadly there is no detail as to whether the socks had a turnover like the current strip, stripes, hoops or even checks. If anyone remembers it, let us know… 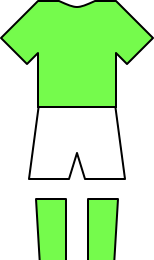 With the replacement of Maxicrop as club sponsor in 1987 by The Rose pub at Stapleford the club decided to lose the amber shorts and socks but wasn't about to get so extravagant as to ditch the shirts. That year the white shorts and solid green socks came in, a scheme which lasted (more or less: a later set of shirts provided by turn-of-the-century sponsor, construction firm Dean & Bowes, were more turquoise than green) until the men's and ladies' teams changed to the current unified colours in 2015.

There are hints of other intriguing sartorial choices in the club’s past as well. For instance, what’s the story with this vivid yellow-and-green halved number sported by Wilco at the Wisbech summer tournament back in 2003 (and who’s that youthful looking chap below)? A possible inspiration for the current away strip that replaced the previous black shirts, which had faded to grey by the end…a feeling I know well. 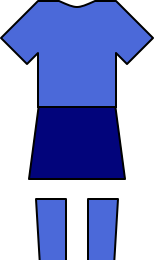 We have less information about the colours Sawston Ladies used to turn out in. Prior to 2015, from at least the early 00s the Ladies' side wore royal blue shirts and socks with navy skorts. Is there an emerald-and-amber outfit or similar in their history? Again, if anyone has any knowledge we’d love to hear it.

We’re always interested to fill in some of the blanks in the club’s history so if anyone has old club memorabilia, team records, photos, etc. do share them with us (all originals will be returned).