I guess I should have seen the writing on the wall when I had to take my shoes off because they were hurting too much at 5.45pm. Nonetheless, I’d had my champers on ice since the late morning and nothing was going to stop me. I popped in for a couple of cheeky pre-drinks with the girls, chez Muzza, whose playlist was banging. Nothing like the Ghostbusters theme to get the night off to a good start. Kim arrived (late, as per) with a whole bottle of Pimm’s and a Tupperware full of chopped cucumber. Stressing that it was for everyone to share, no one else seemed to get near it. Oh well. Ellie trod on her foot in revenge so that made up for it a bit.

Lucy Cavendish awaited and I was desperate to get my hands on my eighth glass of Prosecco. After a short delay on the red carpet for some group photographs in front of resident paparazzo, Harry Chalk, we rushed up to the bar to grab some much-needed wine. Hadn’t had a drink for at least seven minutes. Everyone crowded round the seating plan, anxious to discover their fate. I was surprised and honoured to have made the naughty table, having heard about the controversial seating split in 2016. I went and found my seat, and comfortably nestled myself in between Hazza and the Viscount. Fashionably late having stopped off to get his hair cut in London en route, Lord of the Manor, Shin, arrived with three bottles of whisky.

We tucked into the first course, and it wasn’t long before the Viscount was up to his old tricks – throwing his money around left, right and centre. Georgie Howling started giggling. Robyn Murray, demure as ever, casually chucked back most of a bottle of wine. More pennies flew. Tom and Ellie took some interesting photos. I decided to escalate things by trying to return the favour and penny the Viscount by inserting said coin, wine and glass in one go into his glass. Somehow, my attempt to defy the laws of physics failed. Hazza was left holding the stem.

It was about this time, at approximately 9.23 pm, shortly after I had picked up my award for Best Newcomer of the Season, that I decided the time was right to conduct a full and detailed inspection of the tiling pattern in the college facilities.

‘Purple to…er…purple’, I muttered under my breath between gags, joining the dots between the blurry colours in the tiles on the bathroom floor (or was that the red wine Pollock-inspired mural I installed in the cubicle a few minutes earlier?!) ‘Keep calm and carry on’, reassured Amalia, as she patted my shoulder and held on to my hair. Through the hazy, white light I saw a vision coming towards me. Coming to rescue me from this tiled purgatory approached a black and silver chariot. I staggered on to my feet and into its welcoming cushioned comfort, which whisked me out into the cool, refreshing (slightly damp) Cambridge night.

Meanwhile, in another part of Cambridge…

I’d spent an enjoyable couple of hours at Jim and Katie’s wedding when the call came through. Anticipating exactly this, I had taken the precaution of leaving my phone at home but Meg had managed to reach me via everyone’s favourite nice small man, Graham.

‘Coops’, she said, in strained tones. ‘Ali and I are struggling. It was a mistake to put Rosselli and Howling in charge of the naughty table and the evening is already threatening to spill out of control. Please, can you help?’

Sighing, I carefully put down my slice of cake, a half-empty glass of Prosecco and Xabi’s mum. What the club needs, I will always give.

One completely safe and proper cycle ride later, I arrived at Lucy Cavendish College to see Robyn McLean departing in something of a hurry. There was sadly no time to show concern for her welfare though, as the low rumble coming from a subterranean banqueting suite suggested that the eating had finished and it was time for the public-speaking competition. I mean, the speeches and awards.

The well-honed Greaves/Steed double-act opened proceedings, with a performance more than vaguely reminiscent of the Two Ronnies in their pomp. This was swiftly followed by Jan’s impressively comprehensive statistical explanation of his squad’s Div 5 success and Laura’s heartfelt description of the L3s’ improvement. At this stage, it was bizarrely Joe Whittaker that stretched out a healthy lead in both the Men’s and Ladies’ awards, until it became clear that he was, by and large, collecting trophies on behalf of others by public demand.

Next, it was my turn. I got off to a good start by pennying Sneade on my way up to the stage, but then disaster struck. ‘I think you’ll all agree with me that the bride looks truly lovely…’, I began. Oops. Wrong speech! I descended into Tom Anns-bashing in desperation, which would have got a much better reception if most of the people there had known who he was.

Dani got proceedings back on track before Pearson predictably put a torch under them again with his typically well-prepared effort. Engine (Ali) was fortunately on hand to become Fire Engine and rescue the situation before handing over to Lou C and Sophie. They’d obviously had a great season, smashing up Div 1, and judging by the variety of customised T-shirts that were distributed, I think they’d celebrated largely by buying half of Primark.

So, without too much fuss, the speeches were over and we could head to the bar to hear more about George Toynton’s elaborate watersports plans.

Uh oh. The chairman had one of those glints in his eye and, more importantly, four pages of text in his left hand. How had I forgotten the most important awards of all?!

Special mention was appropriately given to the umpires who had spent their year doing their best to coax the odd spell of hockey from each of us, before John moved on to the prestigious Club Man and Club Lady of the Season. Ali Edge and Lou Cantwell collected their awards to suitable acclaim. Jack was then unfortunate to be such collateral damage in Dani’s receipt of a very excellent Mick Beasley Trophy.

Finally though, to the bar! It was probably a good idea that this was only being sporadically manned by a solitary barmaid, as that at least placed a practical limit on what could be purchased and imbibed. Even so, there was plenty of wheelchair, piano and kilt-based shenanigans before we all disgorged into the cold midnight air. This natural blast of realism affected people in different ways. Some simply went home, often in the company of nervous-looking taxi drivers. A few limped to The Maypole. The majority raced to Fez Club, which Shin promptly purchased in its entirety. He's a good egg. Without mentioning any names, I hear that nudity was only marginally avoided in not just one but two cabs en route – phew! A year with South can be liberating in more than one way, apparently.

Ladies and Gentlemen, can I ask you to raise your glasses?

'To the Bride and Groom!' 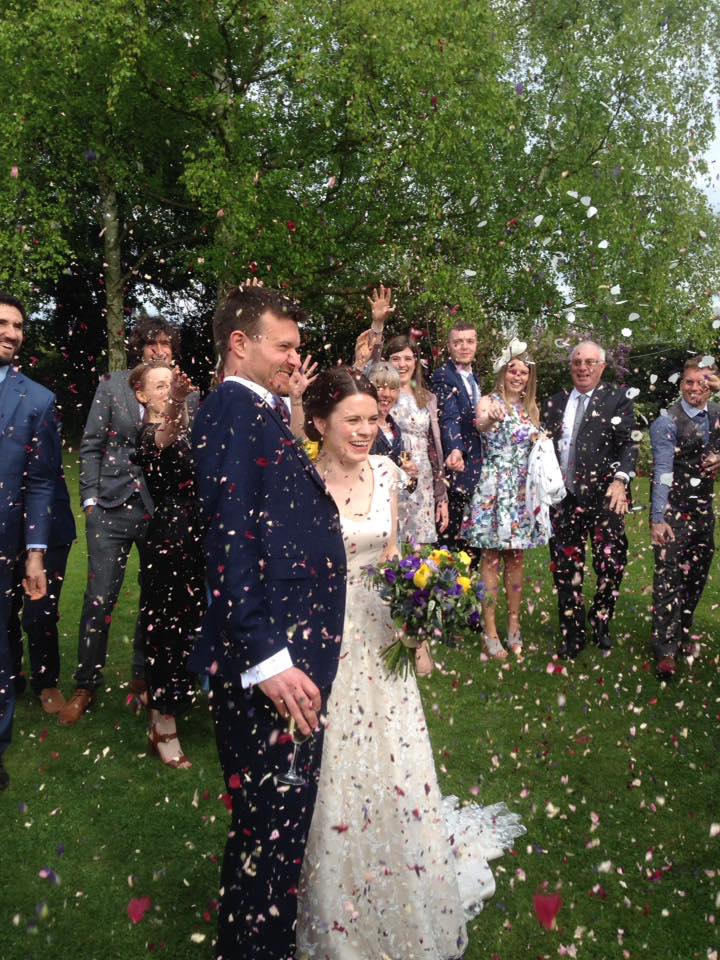 Annual Dinner 2017 - The One Where Joe Got All the Awards