Another storming set of matches last night! After 2 rounds only 1 of the 12 teams has a 100% record, and just 3 remain unbeaten (that 2 of those teams are captained by the competition organisers is entirely coincidental…)

At the far end things kicked off with Banana Hammocks making up for last week’s disappointment by handing out an 8-2 shellacking to St Ives 2, while the Hammocks’ conquerors from last week, P-Flicks & Chill, were on the wrong end of a close 4-3 result v St Ives 1. You could barely get a cigarette paper between TFI Thursday and Miracle Whip, Colin’s orange wizards edging it 1-0.

Over in the Plate, Love Island Rejects continued their storming start to the competition, Stoning the Loaners 7-2 despite going behind after only 15 seconds. Queens’ Greatest Hits, although missing the hitting power of the Monckosaurus up front, had pace to burn with Larks, Pip & Keishi tearing up the pitch, finishing 5-2 winners against the Edge-Hogs. TTPish had brought their A-team this week and were too strong for Stevenson’s Rockets in the final match, a 6-1 win for Jan’s mob including a p-flick (that looked a bit like a p-hit?) from the captain.

After round 2 then, the Cup is tighter than a duck’s whatsit with just 1 point between the top 5 teams. The Plate is almost as close, Joe’s pack chilling by their villa pool at the top of the table. 3 more rounds to go.

This week’s match report is from Colin:

TFI Thursday
The TFI Thursday crew sit nicely at the top of the Cup league table after a quality team effort, stealing all 3-0 points from arguably the better side that was Amalia’s Miracle Whip. The first half was close but midway through a great bit of passing lead to a goal mouth scramble that was so complicated I can’t remember who scored (it was either Dom or Chris, let’s go with Dom). The second half was tense throughout and Miracle Whip played some quality hockey and to be fair got a lot of shots on target, but goalie Jason was having none of it and withstood whatever came his way. TFI had some great passing moves and managed to hold out (mainly due to Roisin’s 10 out of 10 defensive performance as well as Jason in goal) for the 1-0 win. 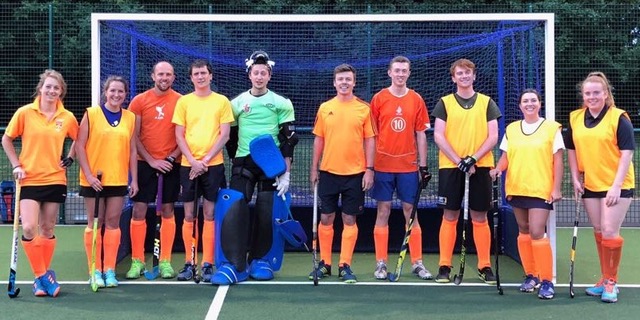 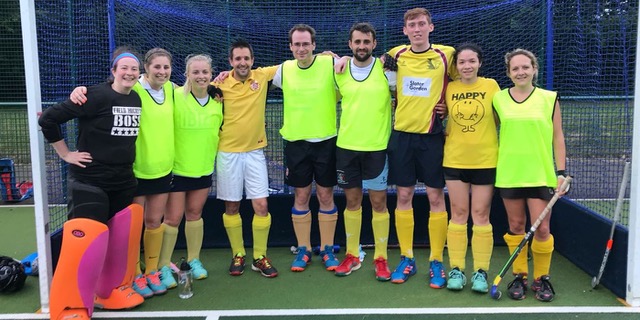 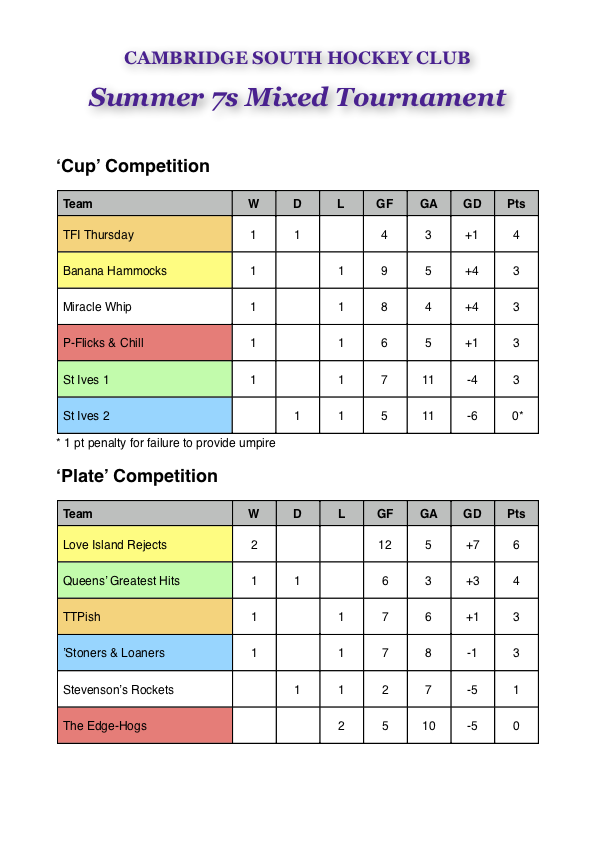