Well, an exciting first week for Summer 7s that figuratively and literally smacked you in the balls!

In the Cup, Amalia’s Miracle Whip flew out the blocks with an 8-goal blitz to set the early pace while DJ Hazzardous and his P-Flicks & Chill team snapped the Banana Hammocks’ elastic to join them on 3 points. The Colin-less TFI Thursday drew with St Ives in a 3-3 tussle.

The Plate saw Lauren’s Stoners & Loaners form a potent combination to put 5 past TTPish in the battle of the tech companies. Joe’s Love Island Rejects surrendered their early lead and then had their chestnuts hauled out of the fire by some blinding saves from kicking back JJ before a late resurgence sealed the points. There was controversy in a very tight game between Queens’ Greatest Hits & Stevenson’s Rockets, as a Rocket from Alex P smacked kicking back Neil point-blank in his Stevensons before Elaine tapped the loose ball home, only for it to be later ruled out (by Neil) for cruel and unusual play.

The first league tables are attached. A few quick match reports from our captains, too:

Banana Hammocks
The P-Flicks & Chill squad posed a difficult first game for the Banana Hammocks, and this manifested itself early on when we conceded a (debatable) goal. We soldiered on without complaint (Alice & Robyn may need anger management counselling), Dani making some vital tackles on the right and Lucy grafting on the left, offering good distribution. Good movement and passing from Alice and Ollie led to a great goal, unfortunately our only one, not for want of trying though. Lots of running from Hannah and Robyn was essential due to regular opposition counters, Samuel faffed in the middle (pass Sam, pass) while Douglas and Matt produced solid performances. Not to mention Lydia, who’s outstanding saves kept us in the game. But alas, tonight was not our night, a 3-1 loss.

We were all feeling brave
Shahzad makes his first save

Oh tell me he's not
Saved his own team's first shot!?

Now in the right end
We're ready to defend!

Hitting the back board
Met with great applaud

Closing in on a goal
Pash is in control

The ball lifts in the air
Neil is in despair

As the ball hit his testicle
We were all very sceptical

Elaine tapped in the ball
The score now is 1 all

Another goal more
The sweat starting to pour

We won by just one
And all had great fun

Then at a late hour
Neil has used his power

Our first goal not given!
This won't be forgiven

1-1 was the score
But should have been more… 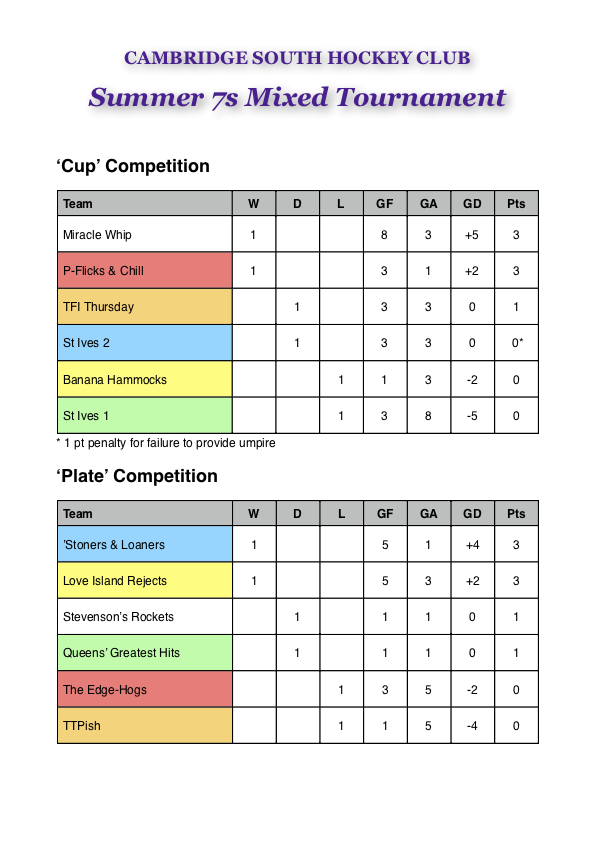