True to the well-oiled machine that we are, this blogpost is a montage of memories contributed by many of the L2 crew who trekked to Norwich for their pre-season tournament this Sunday. Thanks for organising it, Norwich! It was worth it, eh?

First a camp must be established. Cue grand assembly of chairs, blankets, food, sticks and smiles. 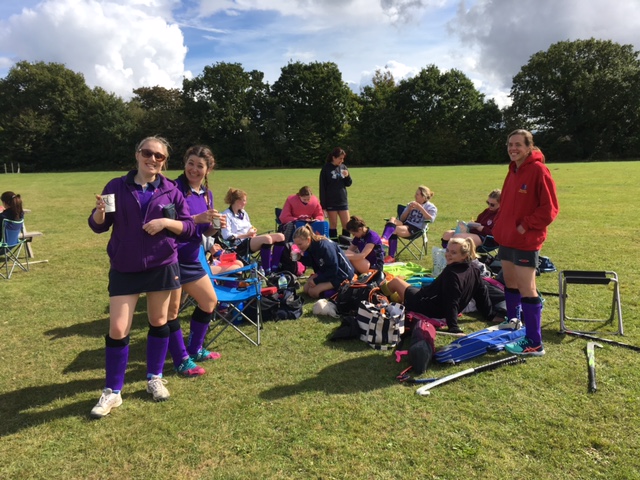 Lovely, all sorted there then. We had all packed waterproofs, warm clothes, and some of us even remembered spare pants, all because it was going to be a washout. Well Kendra and the forecaster were mistaken. The sunshine was glorious, shining down on us as we slotted a lovely three past Thetford in our first game. Notably, our multi-talented Janette braved it in the opposition's 23, Izzy scared off the oppo GK with her strong first strike at the short (job done, 10/10), Eimear pestered at the penalty spot, and Katie decided she is allergic to her own sweat gin sweat. Izzy's bum got some pitch action. Again. She does love a sit down mid-game, does our Izzy. At least it stopped a ball to the face.

Next we were up against Norwich 7s. This was one of those games where we really should have practised passing around the back, but some of us got a little obsessed with scoring goals. Six of them. All solidly committed to the backboard with extra tap-ins on the line, just in case (Kendra "Goal-Thief" Seed, I hear she's called). Alice made herself welcome in the squad with her goals, and Katie proved to herself she could do it too! Other newbie Jenny managed an even stronger first-shot-off-short: watch out, Iz! Our poor defenders were feeling a little left out by this point, and Emma Saynor had yet to even pretend to be playing.

Twenty-six minutes of great hockey done, and back to Kendra's super preparation skills. 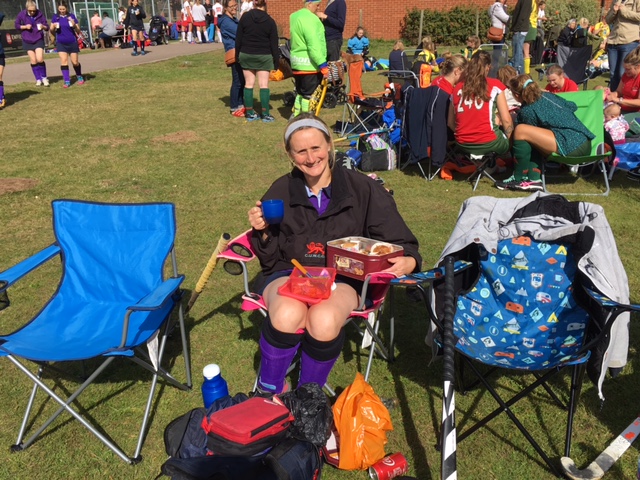 Those were banana, chocolate and cinnamon buns, by the way, and they were delicious, much-needed grub. WHO BROUGHT TERRY'S CHOCOLATE ORANGE?! Terry Gibson, you legend.

At some point we played another game, against another fearsome opponent, which we definitely won. But I guess all that rain washed away our memories… Kendra wasn't entirely incorrect: we had a brief "refreshing" shower just as we were due to pushback for our third game. The majority of both teams ended up huddled under the dugouts, awaiting the hooter and their chance to sprint out, roly-poly, and collect the ball. Those last bits didn't happen, sadly - we'll save the gymnastics for Ely. Meanwhile, whilst three of us were soaking having doggedly braved out the downpour in place on the pitch, the others were appreciably sodden. Brrrr…maybe Naomi should have brought a jumper as well as a ski jacket.

And finally a long break.

"My stick is in the middle!"

"And make a plastic carrier bag full of our valuables to stop the Norwich tournie thief."

"Hang on, doesn't putting everything valuable in one bag actually make it easy to grab and go?" Not when Seed is guarding! And so the keep-the-bag-safer-than-your-tamagotchi game began. 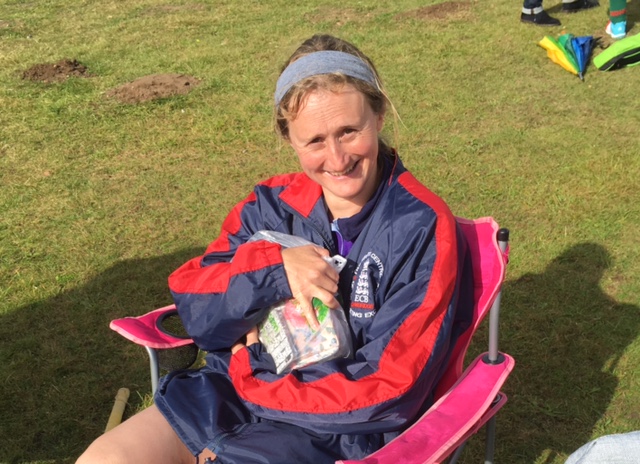 The hot dogs were still cooking, so we played a game with hungry bellies! And a tough team finally broke apart our fluid midfield and tested our defensive line. It's almost like we handed the Dragons a Dragon… They could only get one past us though, and at least Saynor got some kicking action. This action included taking out our dear Lucy B, who seemed to miss the point at which the ball was safely in Emma's kicking reach and continue to dive at it regardless. Very funny from the sidelines, less funny for Lucy's arm skin I fear. Ouch!

Has anyone seen Katie's stick? Never mind the hot dogs are READY. Mmmmmm. Much needed hangover food, at half two on a beautiful-again Sunday afternoon.

Ok, chillout time. Zzzzzzzz; tan tan tan; laugh at Katie. Hannah, Lucy and Kath nattered away like they're on Love Island. We all laughed a bit more. Oooh, a free pitch? Let's practise some hockey build a human pyramid. 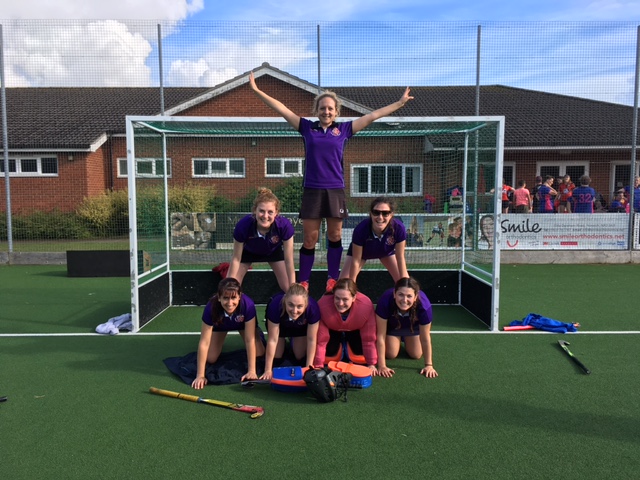 And pester the opposition to take a team photo. 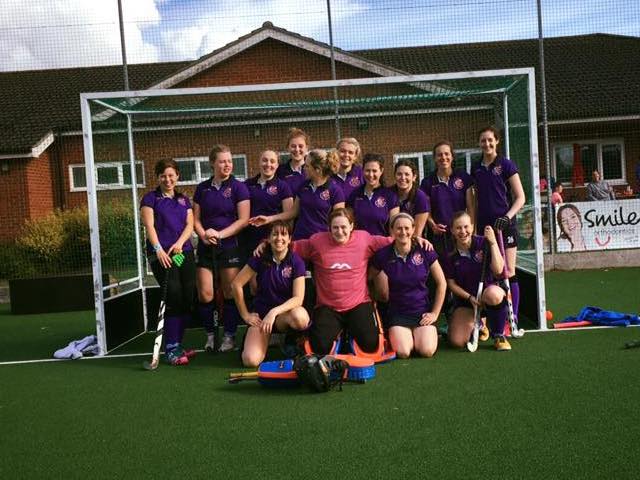 And a few more. 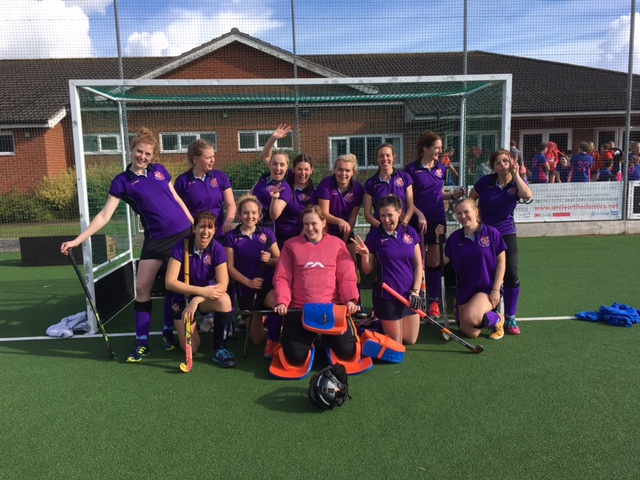 Oh, we had to play again didn't we? In the Cup semi-final no less. Ok, up we got - LET'S DO THIS GIRLS. My word, this team was fit. Maybe they didn't just have a nap. Well at least our defenders got their money's worth. Go go go Dani, Hannah, Lucy, Janette! Slight subbing bemusement, apologies Kath! AND IT'S A DRAW! You can't get past the Saynor and her minions. Thank goodness we did actually practise our flicks before the game. Oh, maybe Naomi shouldn't have subbed herself before the whistle. No matter, we had a whole trove of flick superstars for Louisa to choose from. Today, it was down to Kendra, Izzy, Jenny and Saynor. Do we want silverware? Or would we rather just get home at a decent time?

Kendra took first flick. Beautifully slung low and wide, a little too wide. Up step the opposition and Saynor. IT'S A SAVE! 0-0. Ok, Izzy, you've got this. BOOM! Of course she has. Oh, so do they. It's 1-1 going into the third round of flicks. Wilkommen to the team, Jenny, now take a flick pretty please? Oh, thank god for that. Final score 1-2, out in the semis, which meant we could go home!

Great effort all round, and not just with the hockey: marvellous foraging and baking, guarding and pyramid making. The L2s know how to occupy themselves on a Sunday it turns out. And Dani has master montaging skills (WARNING: gutsy backing track!)

Sorry no silverware, Jan; not sorry we had time to take in Kendra's childhood home and still get back in time for this ephemeral mist and sunset. 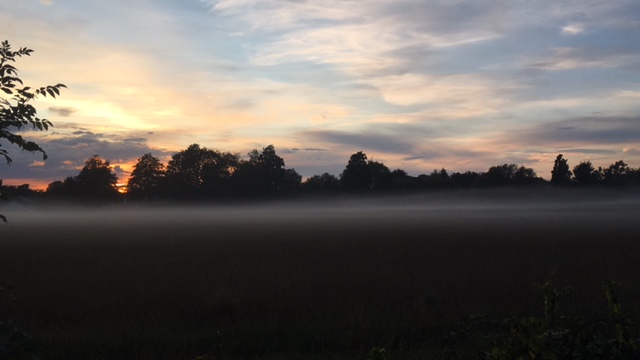